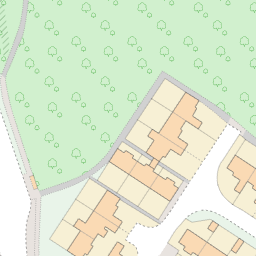 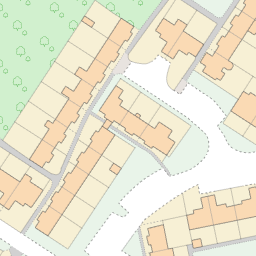 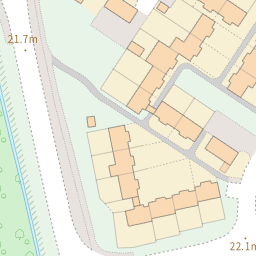 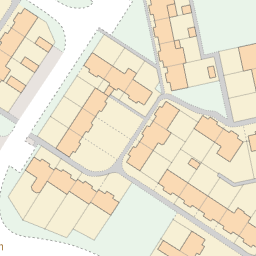 Reported via desktop in the Public right of way - problem with access or damage category anonymously at 13:38, Thursday 5 August 2021 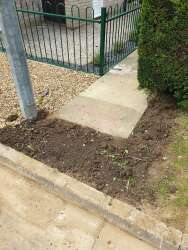 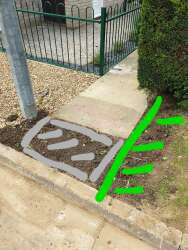 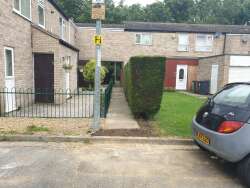 A few months ago works began on upgrading the street lighting cabling in the area (digging up the road, laying cables, having orange tubes protruding out of the ground next to lampposts etc)

Workers did it fairly quickly, despite leaving some mud patches on the roads (My main form of transport is a motorcycle, and mud and diesel on the road are a potential for losing grip and falling off)(N.B. I include this information as an example of not clearing up/finishing job properly).

Last week (Monday), after months of apparent inactivity in the area, works began on the public and resident footpaths in the area, to connect the new cables to the lampposts.

This resulted in paths being cordoned off with safety barriers, obviously because of the holes.

However, this has meant that residents and other thoroughfare users (mainly footfall from the bus stops) have been forced to walk on roads with no paths.

This is problematic, mainly, for the elderly and disabled. Some of my neighbours are elderly and the footpaths are direct access to their homes. Example, my wife is a carer for my disabled nephew, and with the paths blocked off for a week or so, have forced her to push his wheelchair on the roads and up/down curbs to get to the local park.

A couple of days ago, the path next to my property was unblocked by safety barriers, however the path is unfinished, as a paving slab is missing and has been filled in with mud (along with the corner of my lawn they dug up).

This I believe leaves the council liable for any accident that happens, because the path is now a slip/trip hazard.

With the recent wet weather, the mud will become slippery, and the exposed edges of the paving stones and curb stone are a trip hazard, for members of the public and residents. I fear that the agency who are working on behalf of the council, may conveniently, forget to fix the path, as its not as simple as laying tarmac like other paths in the area.