Reported via mobile in the Rubbish (refuse and recycling) category anonymously at 18:56, Thursday 22 July 2021 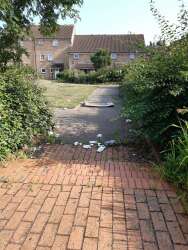 Large cardboard box and polystyrene packaging littered on the kids grassed area in Brudenell. (23) Wasn't to bad until the council mowed over it.