Reported via mobile in the Abandoned vehicles category anonymously at 16:31, Tue 16 March 2021 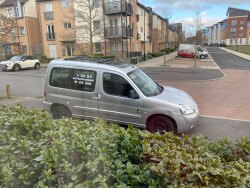 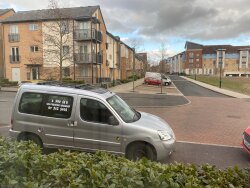 A van appeared around 8 days ago, it hasn’t been seen here before. It has just been left and hasn’t moved since. It has half removed signage on the side. No tax and is parked on a main road. This is also stopping residents being able to park.