Reported via mobile in the Flytipping category anonymously at 05:18, Sunday 3 January 2021 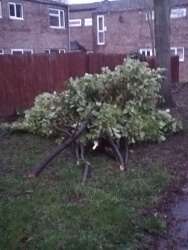 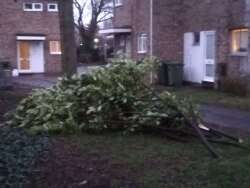 The house around the corner which was seen doing this has dumped all the garden waste in the public square you say don't accuse people but I pay good money to have my garden waste to be taken away and by you not permitting people to identify these tippers your saying it OK to dump stuff cause you'll come take it away and they won't get in trouble cause not allowed to accuse/identify these people even when you've seen them do it so tell me why I'm paying to have mine taken away when it's obviously cheaper to dump it right out side my door and report it number 48sandford Ravensthorpe dumped it there.