Reported via iOS in the Flytipping category anonymously at 17:38, Tuesday 15 September 2020 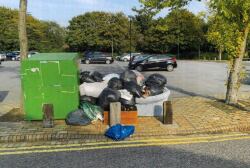 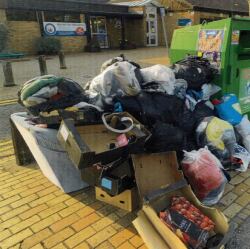 Large fly tip in the car park opposite Herlington Community Centre. Clouds be left for charity but is growing and is an eyesore.