Resident’s rubbish at side of 94 Eyrescroft

Reported in the Rubbish (refuse and recycling) category anonymously at 14:25, Tuesday 4 August 2020 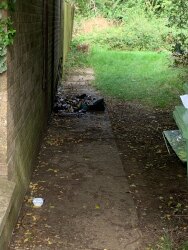 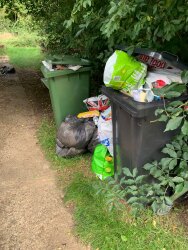 Bins from 94 Eyrescroft have not been put out for collection for at least 8 weeks and are overflowing. (See 1st picture) Old clothing and rubbish left on footpath (access to backs of neighbouring properties) and large tv smashed and dumped alongside bins. The clothing was set on fire last night and fire brigade had to attend. (2nd picture). Previously cleared by council only 2 weeks ago, but building up again.