Left over a month not moved

Reported in the Abandoned vehicles category anonymously at 13:14, Sunday 5 July 2020 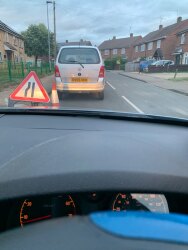 This car randomly appeared over a month ago it’s parked miles from the kerb in the middle of a tight road, it’s taking up spaces of the only parking for residents in the flats as they have now fenced off the grass area so no one can park there and the only option is yellow lines or round the corner on a completely different street where there is also no places to park with a newborn baby and a 1 year old to get in and out of the building/car it’s not acceptable no one has returned to the vehicle at all it hasn’t moved in 5weeks. We have asked around the area and the builders working but no one knows who it belongs to.