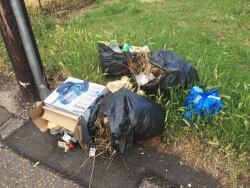 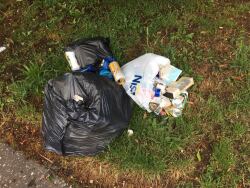 Several bags of rubbish have been dumped on the green area at the bottom end of Princes Road in Fletton. This has been reported before by enforcement officer Gavin Wade but still it remains. Can this please be cleared as soon as possible. Thank you.